Big Changes and A Bright Future for The Foundry

The Foundry has seen many changes in the last year and a half. When Rick Bard stepped down, we were blessed to have Dr. Linda Johnson, who was already serving on the board, help bridge the gap as the volunteer interim Executive Director while the Board of Directors prayerfully searched for a new Executive Director.

Earlier this year, when much of the world froze in time, the Board of Directors took advantage of the silence to dive deeply into the organization’s mission, vision, values, future goals, and overall direction. The Board of Directors met under the leadership of a new board member, Dr. Terry Daniels, mapping out the strategic plan for how The Foundry would continue to serve Bowling Green. Terry’s passion for the community was evident during those meetings, and, as they continued, the rest of the Board of Directors began to sense that their prayers for a new Executive Director may have been answered.

“As a child, I grew up near The Foundry and the neighborhood it serves. I learned to play basketball in what is now The Foundry gym. I have an intimate awareness of what each child and family encounters and needs on a daily basis,” shared Terry. “I choose to serve on the board because I have a passion for helping improve whole families. As I’ve learned more about The Foundry, I’ve been astonished at how much the mission and vision align with my own passions.”

The board confirmed Terry’s alignment with the mission and vision of the Foundry when, at the June board meeting, they unanimously voted to hire Dr. Terry Daniels as the new Executive Director. “Terry is uniquely qualified to serve in this role, having lived in the West End of Bowling Green and sharing a passion for God’s ministry to the families and children who are our neighbors at The Foundry,” said interim Executive Director Dr. Linda Johnson. Linda will continue to serve The Foundry, and support Terry in her previous position as the board’s Chair of Finance.

Join in welcoming Terry and praying that his time at The Foundry is marked by Godly leadership and spiritual renewal in our community.

The Board of Directors, faculty, staff, children, and families of The Foundry are grateful for the dedication and hard work of Susan McCloud, the founding Education Director of The Foundry’s preschool academy. During her leadership years, Mrs. McCloud was devoted and successful in building a high-quality five-star licensed preschool program in the West End of Bowling Green! We are thankful for the years we were able to steal from her retirement from her days as Principal at T.C. Cherry Elementary, and are ever-thankful for her time at The Foundry.

The board is excited to announce that Melanie Llontop will build upon Susan’s work as our new Education Director. Melanie is a WKU grad who brings 27 years of experience in education. Melanie is fluent in Spanish and brings a demonstrated eye for detail and organization.

Please pray with us that Melanie’s extensive experience and fresh perspective will serve The Foundry well for years to come.

The Foundry’s vision continues to focus on building sustainable redemptive partnerships around children and families in the West End of Bowling Green. Our mission is to lay the foundation for future leaders to serve our community through education, health and wellness, and spiritual development.

We stand in a theological tradition that affirms our faith-based conviction and commitment to strong neighborhood relationships. Our commitment to a Biblical Foundation is unwavering. We value an inclusiveness and a welcoming environment. We share our passion for God and seek the good of our neighbors in Humble Service.

The tumult throughout the country reinforces the merits of The Foundry’s path of diversity and inclusion. Kindergarten readiness and early childhood education continue as foundational goals of The Foundry and the metric by which we measure our progress. We are preparing to open The Foundry Preschool Academy in the Fall under the guidelines established by the Governor’s office. The Foundry moves ahead in this period of challenge and change. More than ever, your continued support and prayers are necessary for the continued success of this ministry.

The Foundry has become well-known in the community for its successful preschool and after-school programs. Many people, however, are unaware that education is only one of The Foundry’s two divisions. The other is its Community Programming division, which includes its athletic program, gardens, and other activities. 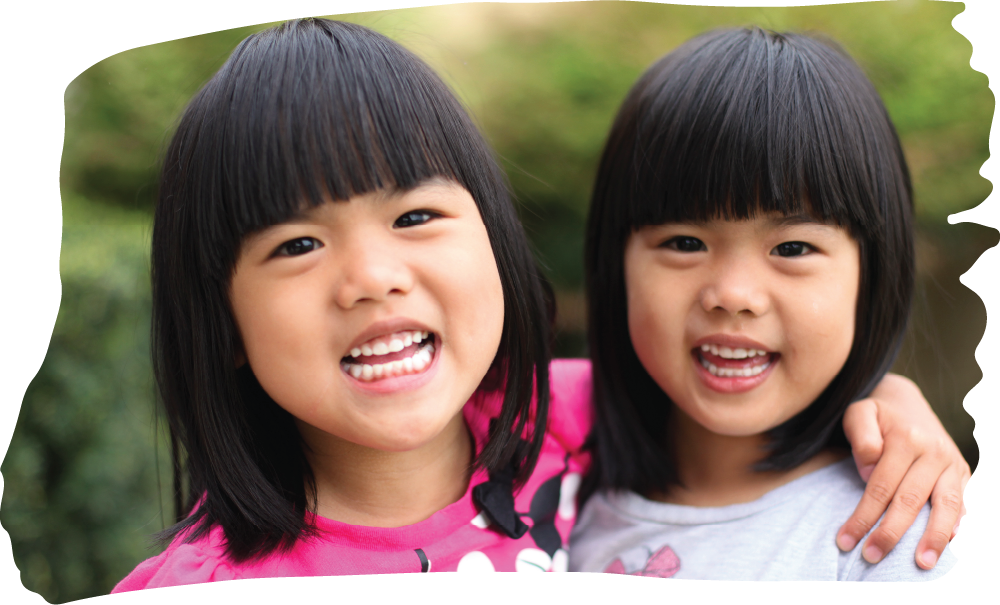 The Community Garden Program began five years ago when one of The Foundry’s Board of Directors, Charlene Walker, who was also a master gardener and a neighbor to The Foundry, suggested using part of The Foundry’s eight acres to allow families to grow their own food. Charlene had a vision for how this would benefit the families of The Foundry by creating food sustainability in an area that had no grocery stores within walking distance. This could help families out on a regular basis, and as well as during challenging economic times.

Like most people, the families of The Foundry didn’t know when this year began that a global pandemic would cause 2020 to be one of those challenging economic times. With many of our families already facing poverty and other difficulties, the current economic crisis has added another obstacle to accessing food. Being able to plant and raise their own food has helped ease that burden for our families participating in the Community Garden Program.

Charlene’s vision would turn into a reality and eventually involve even more people in the community. Last year the garden program was organized by WKU intern Dixie Major, who had a double major in Horticulture and Spanish, which was very beneficial for the Spanish speaking families participating in the program. The Boy Scouts also came to the Foundry and voluntarily built a garden shed for the program to use.

Danny Carothers is now in the role of Director of Community Programming, and so many exciting things have already happened this year. A generous donor gave The Foundry a beautiful, shiny red tiller, and Abraham Williams from the Housing Authority sent over a tractor to prepare the ground. A community member volunteered to raise vegetables on a plot and then donate them to the Mobile Grocery—a food truck that parks in the neighborhood to allow families to buy groceries, since no grocery stores are nearby. 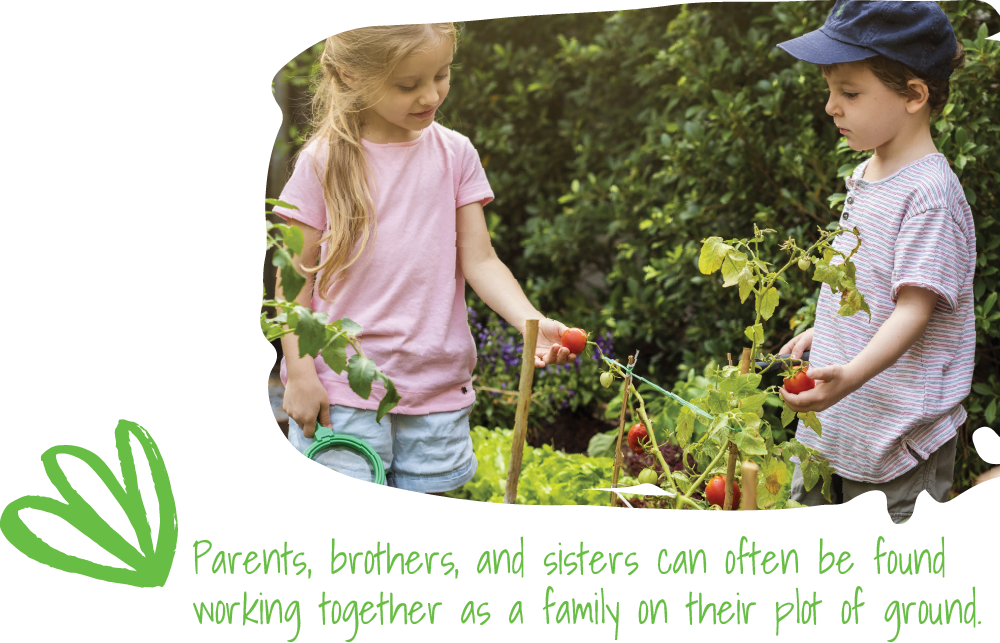 The gardening program is expanding significantly. While last year The Foundry had eighteen participants, this year that number has grown to twenty-nine. Gardeners are also being added from Lee Point, a housing development for refugees in Bowling Green.

The response to the gardening program these past five years has been outstanding. Colorful tomatoes, beans, corn, and other nutrient-rich vegetables have been filling up the dinner tables. Parents, brothers, and sisters can often be found working together as a family on their plot of ground.

The participants have expressed appreciation to The Foundry for this opportunity to increase the food they’re bringing into their homes and have conveyed how much joy that brings them. Yet as staff at The Foundry see our sweet families’ hard work being rewarded by beautiful vegetables popping up out of the ground, we are grateful to share in that joy, as well. 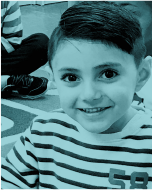 The success of The Foundry would not be possible without our caring, dedicated teachers. They play a life-changing role in our students’ lives and are the ones who get to witness our students’ progress firsthand. One of The Foundry’s preschool teachers, Ms. Shannon Tuggle, has experienced the joy of seeing tremendous growth in her students, and particularly in her student Antonio.

Antonio first came to The Foundry in January of 2020. His family had recently arrived from Mexico, and Antonio was completely unfamiliar with the English language. The transition to life in a new country, with a different language and so many unfamiliar faces, was very difficult for him. He cried as he was dropped off at the preschool each morning and cried more throughout the day. Ms. Shannon and her assistant Ms. Mary went the extra mile to try to make Antonio’s transition a little easier for him.

The success of The Foundry would not be possible without our caring, dedicated teachers. They play a life-changing role in our students’ lives and are the ones who get to witness our students’ progress firsthand. One of The Foundry’s preschool teachers, Ms. Shannon Tuggle, has experienced the joy of seeing tremendous growth in her students, and particularly in her student Antonio.

Antonio first came to The Foundry in January of 2020. His family had recently arrived from Mexico, and Antonio was completely unfamiliar with the English language. The transition to life in a new country, with a different language and so many unfamiliar faces, was very difficult for him. He cried as he was dropped off at the preschool each morning and cried more throughout the day. Ms. Shannon and her assistant Ms. Mary went the extra mile to try to make Antonio’s transition a little easier for him.

“I learned a few phrases in Spanish so that I could try to comfort and console him,” Ms. Shannon said. “We would get him involved in activities right away, which seemed to be a welcome distraction for him.” Antonio’s adjustment was hard and gradual for him, but his teachers continued to shower him with love, encouragement, and assurance that he was welcomed and cared for in his new school. “Over the weeks,” Ms. Shannon said, “he began to cry less and less. He seemed to be adapting to his surroundings. Then one morning, out of the blue, there were no tears. He walked into the classroom with a smile on his face and waved goodbye to his mother.” 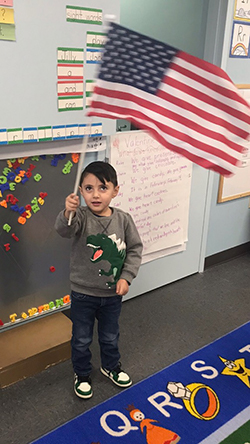 Antonio is no longer the frightened little boy who cries each morning. Instead, he is a detail-oriented student who is full of creativity. He has learned his colors in English and recognizes letters and sounds. Singing, dancing, and playing with his friends are now routine activities he enjoys. Antonio can write his name on his own, draw, color, and has become a leader in his classroom. He was recently elated to take his turn holding the flag as the class recited the Pledge of Allegiance.

Ms. Shannon and Ms. Mary are thrilled at Antonio’s progress and love the joy he brings to the classroom. Ms. Shannon says proudly of her student, “Antonio is thriving. I am so thankful that the Lord led Antonio and his family to The Foundry. I feel that Antonio’s presence here at The Foundry has already been and will continue to be advantageous for him and his family.”